So to start my introduction, I want to say that I have been having a 7-week project about plastic, plastics have been used by humans in their daily life. People may feel comfortable using it by forgetting the bad effects of plastic. Each year, eight million tonnes of plastic reaches the oceans, the equivalence of a full garbage truck every minute (Jambeck et al, Science, 2015), the site from The Phnom Penh Post(publication date 07 June 2018). As we can see the huge amount of this which causes a lot of harmful, people should use less plastic as much as possible since it has polluted the world. To me, plastic shout not be used more in the world. I have been learning a lot about how plastic affects human, so by learning with this important thing I can change my own country by learning and try to help my own country by me and all other people that want to change our county.

To explain more about my project I can say that it was a really hard-working and trying hard to get to this project, while I’m learning my project about plastic I have started to use less plastic as much as I could some days I didn’t even use any plastic and in a week I can say that I have used at least 3 plastic, Plastic is a very helpful thing to use and it also waterproof but why don’t I use it, Because I have learned all these things about how plastic affects humans, environment, and the world so I had started my habit to use less plastic as I could. To get to know more about plastic I want to give you all about 3 important information about plastic, the first one is Water and land, second is Animals, and last but not least is human health. So let’s start with the first one.

Water and land: Each year, eight million tonnes of plastic reaches the oceans, the equivalence of a full garbage truck every minute (Jambeck et al, Science, 2015). This shows that plastic is polluting our water because it entering the water bodies not only the oceans but also the river too. Even though the water has been being recycling, the water still has the chemical of plastic in there. So when we consume this water, it may cause disease, skin problem and sickness. More than that It gives a bad effect on the land while a large amount of plastic waste is dumped in landfills. For example: in Cambodia, the trash fill takes a lot of space. Trashes have been put at Steung Meanchey, one community in Phnom Penh city. So now a day they don’t have enough space to put it and need to find another place to put those trashes. These wasted a lot. Plastic releases chemical to the soil that makes the soil’s quality become bad. When we grow to plan the quality of the plan is not good too and the less productivity we have. Everyday life plastic can have more harmful and effective all our environment, humans and the world with all of those beautiful animals that are live on earth.

Animals: Animals need water and food to survive. If food and water are polluted, animals will not have a long life. From the pictures, you can see Pollution waste and some animals are finding food around plastic in this area. So do you think animals can confuse their food with trash? Of course, it is yes. Animals can easily confuse their food with trash and eat those trash and plastic into their stomach. The plastic inside their body will sticky with their intestine and also can choke them to death. Moreover plastic may cause diseases to animals and maybe threatening to animal life. It also makes the risk to harm some near extinction animals in both on land and in the water which is the main problem that the world never wants to see it. Last but not least,

Human health: Health care is important for humans to live a long life. So if we use a lot more plastic we won’t have good health because as we can know every people in the world are using a lot of plastic and throw away in the water, and water is also apart of humans health and if we drink the water that is not clean or bad we may get some disease that can cause our skin to be hurt or it can also cause our life. Not only the water that we drink but it also the air that we breathe in and out. So as I mentioned that there are people around the world that have used plastic and throw away in the water and also on the land and when chemicals in the plastic spread out in the air it can make the air bad and not fresh for us to breathe in and out it also can cause our heart and our self to have to suffocate too also not human can have disease or bad health animal can also have it too when people use a lot of plastic and throw it on the land and in the water so when animals that live on the land or in the water confuse their food with trash so they eat plastic and they may get some disease from that plastic, and after that humans eat animals and they also may get some disease from the animal and the plastic too.

Finally, I want to say that plastics have been used by humans in their daily life. People may feel comfortable using it by forgetting the bad effects of plastic. Each year, eight million tonnes of plastic reaches the oceans, the equivalence of a full garbage truck every minute. but now from what I have been learning and understanding about how plastics affect humans I have taken my knowledge to teach and tell my people village not to use lots of plastic when they are buying stuff, also from the beginning until now I can see a lot of changes with my village than before cause before people are using a lot of plastic, mostly kids but now they use less than before because I have taught them and convince them not to use a lot of plastic. This is how I had to change my country!

How do I change Cambodia??  The way that I help to change my   country to be better. First I will do what I can do like studying to be better like everyday that I am studying in my school  liger in Phnom Penh my school is teaching English , I had known a lot of thing from my school like how to communicate with people how to be the leader how to be a great student how to help people, that all kind of stuff can help me to change my own country and it has more thing to that can change my country very well. In my second year I have my own exploration that I did and it also helps to change my country to like they are Entrepreneurship, Entrepreneurship help me to have my own business help me to change people like because Entrepreneurship is mean to make our own business so I had created something to sell to  the people it can change our country buy doing stuff to get money. I also have another of my exploration to that is Geography in cambodia and i had went to six provinces in Cambodia they are Kampong Chhnang, Kampong Speu , Batambong , Pillain, Benteamenachey and Pursat that all the provinces that had went there. One of the province that is my favorite province is Kampong speu province because Kampong speu province is the province that have some big cave and hide with a lot of cave that why i like it. Geography is the one of the exploration that i like because i make me to think that it help me to change Cambodia because went i went to all this six Province i had interview a lot of people i had help some chil to learn i had do a lot of stuff like take the thrush of the ground when i do that it make other people to think that i am good so they do what i do like to clean ther ground on  the road without telling from someone so they will do the same me and it start to change and change. I had know a lot of thing a lot of stuff in Cambodia that i never know before too like some Province has hide the mountain with a lot of cave in there to some province have hot spring it is the thing that i had never before to. When i can know a lot of stuff like this i can take it to teach my brother to teach my old friends to teach other people ale that can help to change the country. If i want to change my country it start from me i have to know thing i have to learn i have to study to if i know all this thing i can have or take what i know to teach other people from one people t one people from a lot of people to more a lot of people so i can change my country be teaching form one person to other people. Studying learn teaching from a lot of people to more people or working doing thing that can change your country or our country to and if we can also change the world to if we keep doing this. 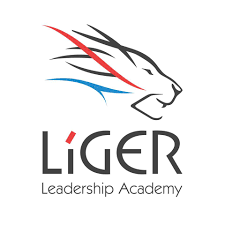 Disclaimer: Liger Leadership Academy students are English Language Learners. They have been immersed in English since arriving at Liger but are still developing grammar and fluency. At Liger, we pride ourselves on prioritizing process over product. Please excuse any English errors as part of the learning continuum our students have taken over the years. 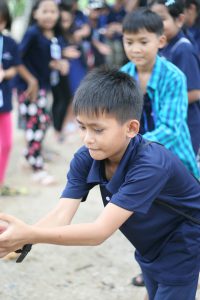